This My Little Pony party was thrown by a fellow preschool parent for her daughter’s 3rd birthday. The birthday girl loves Twilight Sparkle pony the most, but her mum incorporated all of her daughter’s Pony toys into the party table, which I thought was a nice personal touch.

Emer (pronounced eee-mer… if you’re not Irish like they are, you might not know that) is turning 3 and her mum put a lot of thought into making the event really special.

There are 3 different versions of the Ponies Collection: Solid, Chevron, or Polka Dots.
This party used a mixture of all three.

Here is the party table, with the banner from the Little Ponies Collection:

Here are the food tents.  A set of pre-filled buffet labels comes with the collection, as well as some blank ones.

She used rainbow-colored Goldfish and other colorful candies alongside the Rainbow Dash label: 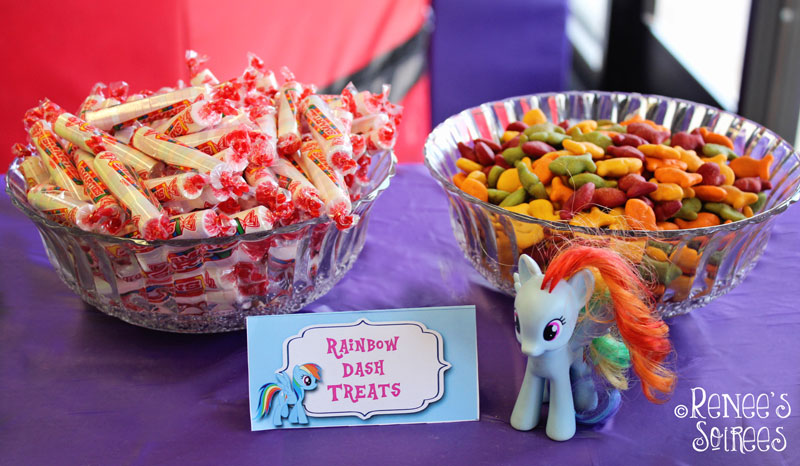 Pinkie Pie accompanied some pink lollipops from Party City. I think it would also be funny to use actual PIE for her snack. I’ve even seen pies on a stick on Pinterest, for example, these.

The party mom used a water wrap to decorate the vase, which I thought was rather creative. 🙂 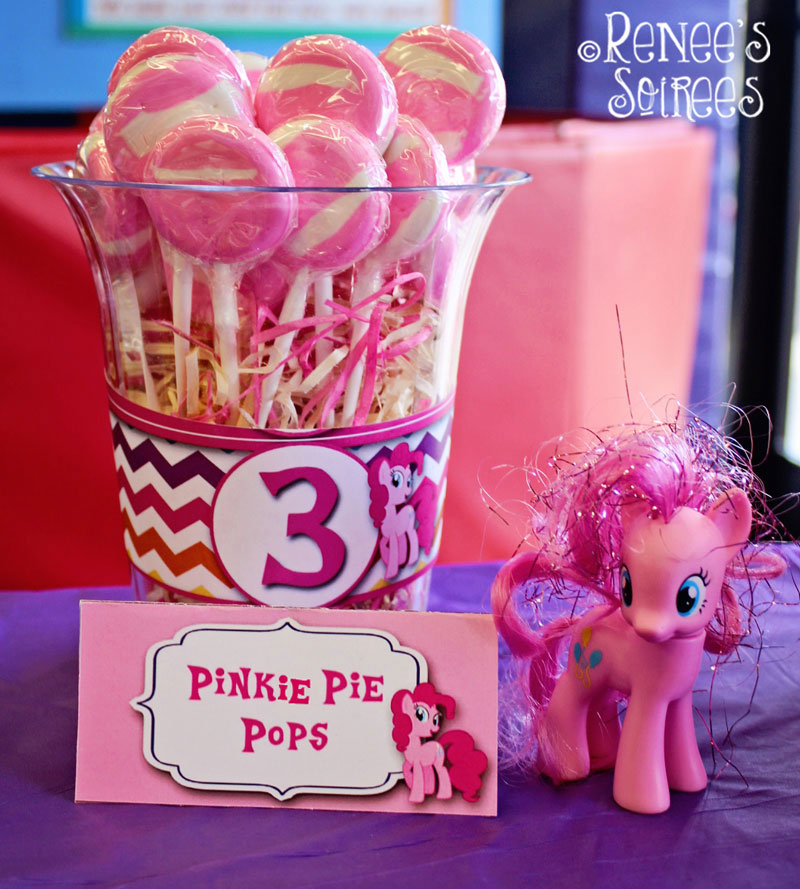 The Applejack snack was a no-brainer… APPLES. 🙂 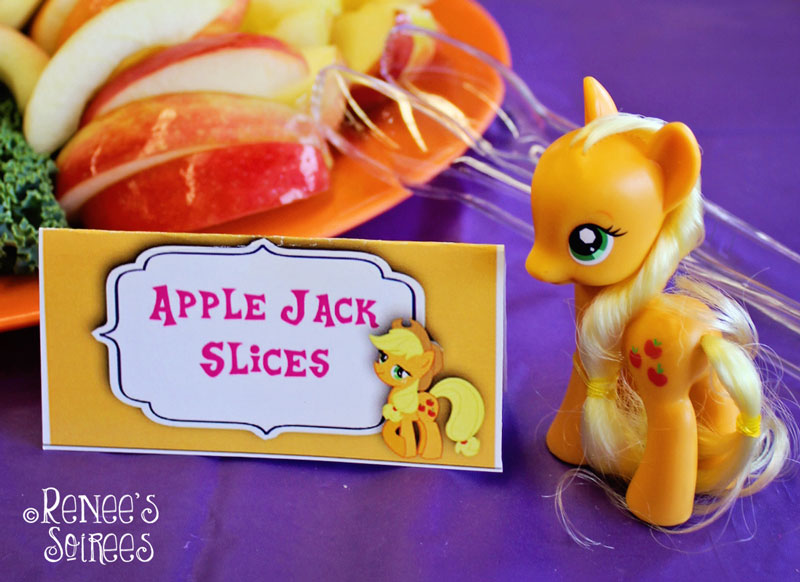 Being a mom of boys, I had to be schooled on all the different Ponies. This one is called Fluttershy… 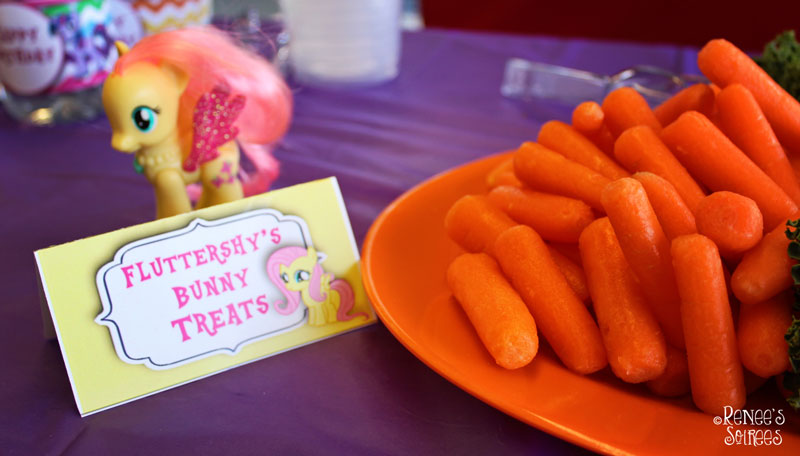 Here are the cupcake toppers. They can be cut with a 2″ or 2 1/4″ puncher, or you can leave them square like these: 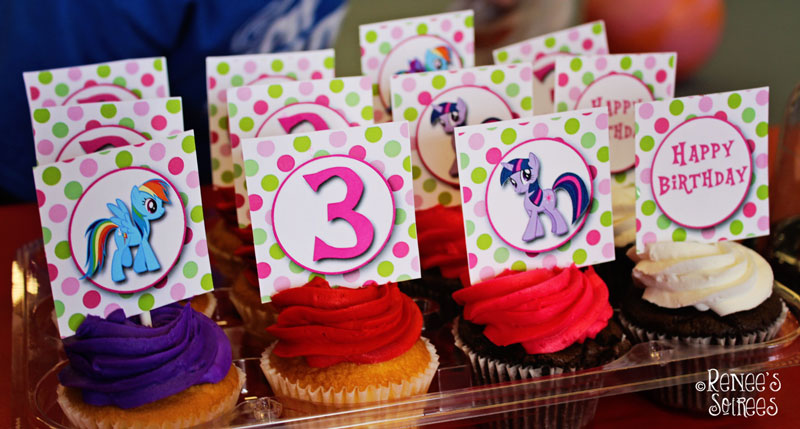 Here are the water wraps. They are personalized with the child’s age: 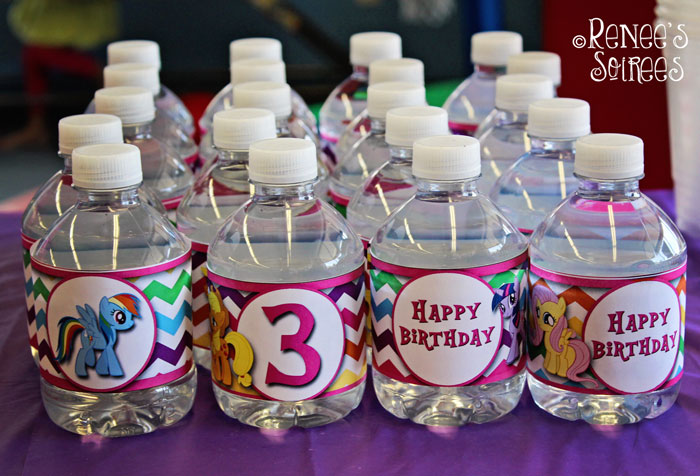 These are the Favor Tags, in the chevron style. Again they can be cut with a 2″ or 2 1/4″ punch (see a list of the ones I use HERE), or left square like these:

By the way, the goody bags contained a My Little Pony or Superhero cup, a swirly straw, tattoo, sunglasses and a lollipop.

I have invitations for whatever your little gal’s favorite pony is. Here are two examples: 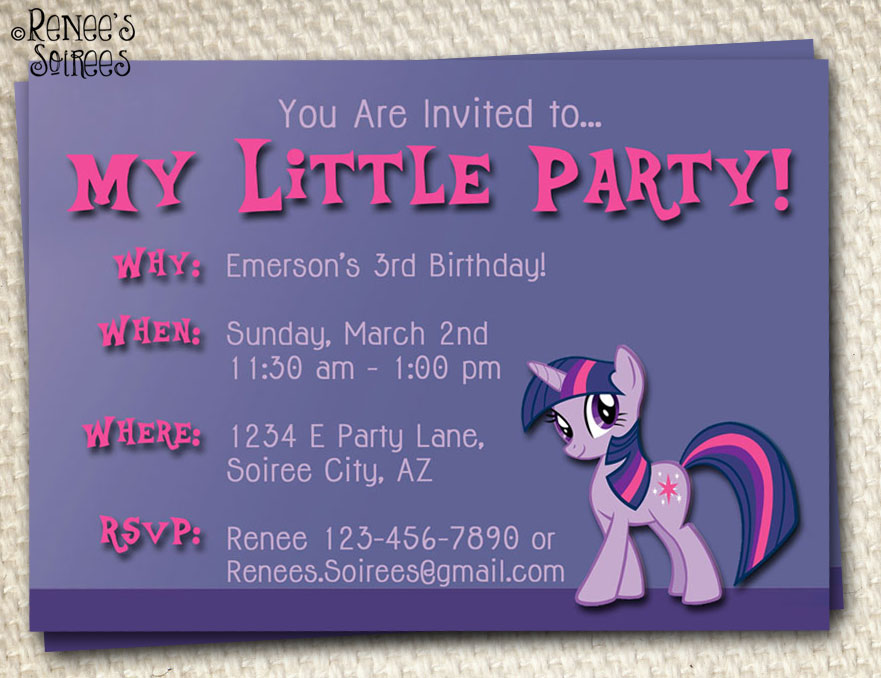 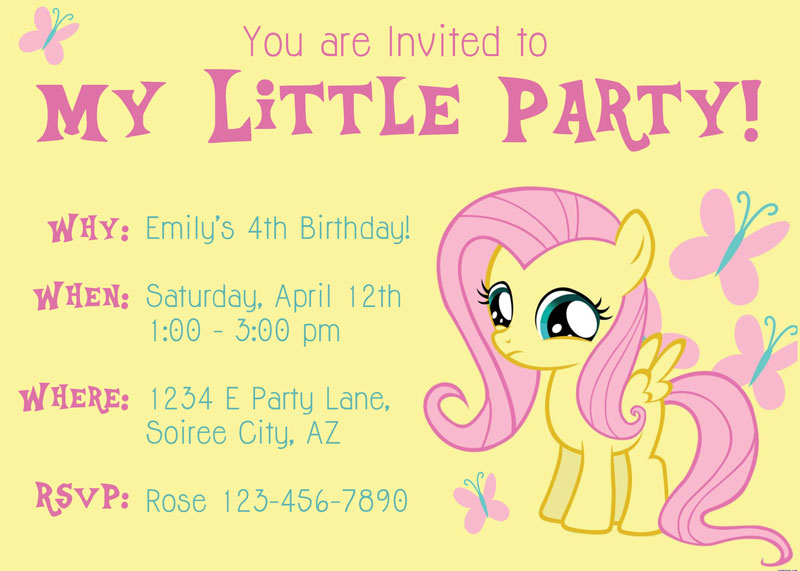 And here are some of the different backgrounds available for your Pony Party Printables: 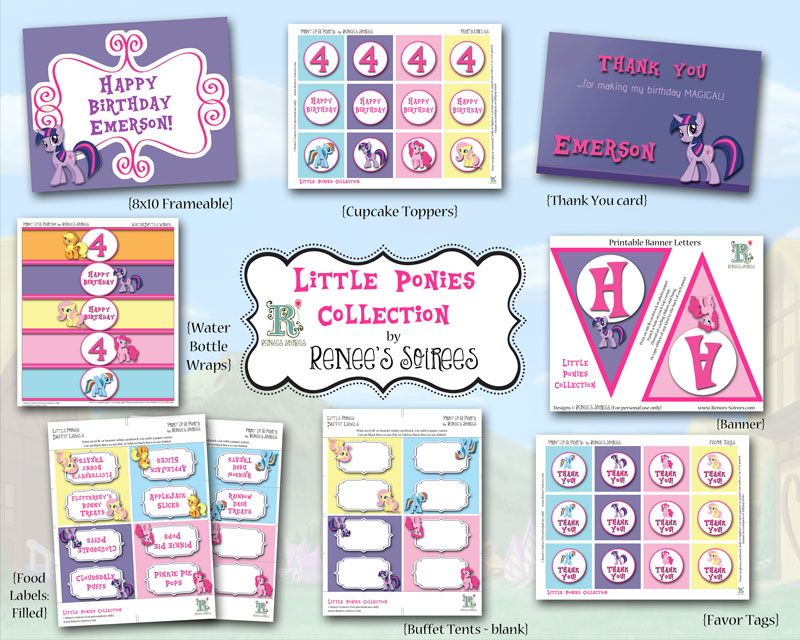 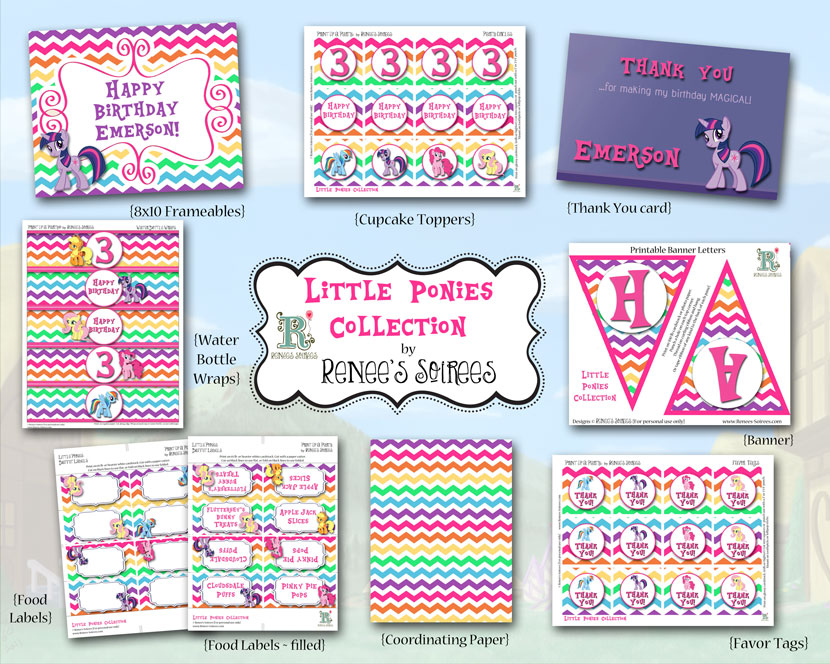 I hope you enjoyed this little peek into a fun Pony Party!
And thanks to my friend Irish Rose for letting me be a party of it!