This joint boy/girl play clay party was done at the request by my friend, for two little cousins who were both turning three. Play-Doh is such a universally loved item amongst the preschool crowd, so I knew it was the perfect theme.

Here are a few pics: 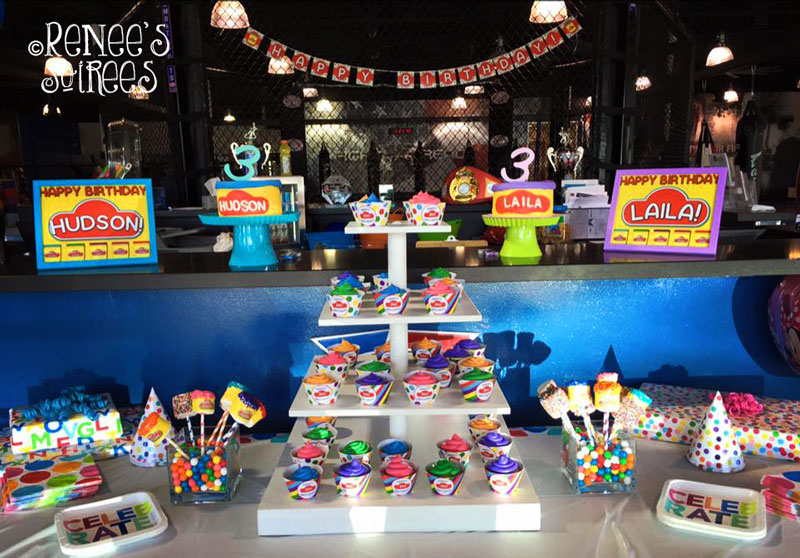 The 8×10″ frameable for the little girl: 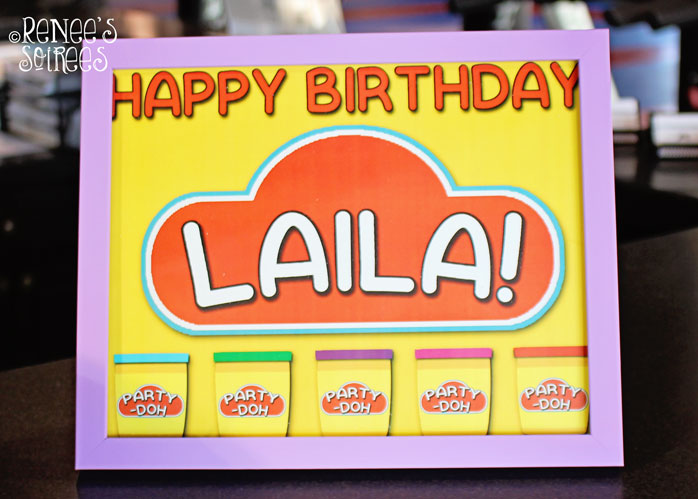 And the frameable for the boy! 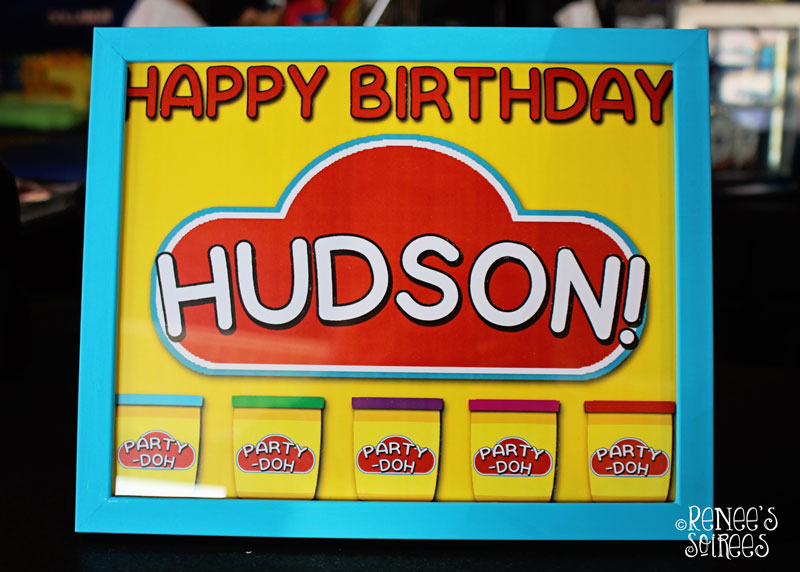 The moms decided to make jumbo marshmallows look like Play-Doh tubs, so I made them a printable that they could take to a baker and have printed on edible paper and with edible ink. Then they cut the strips out, and got the marshmallows slightly damp before applying the wrap. They finished off by dipping the top in sprinkles to look like the colored cap of the Play-Doh tub. They said the project was easier than they’d expected. And you can see how cute the results were! 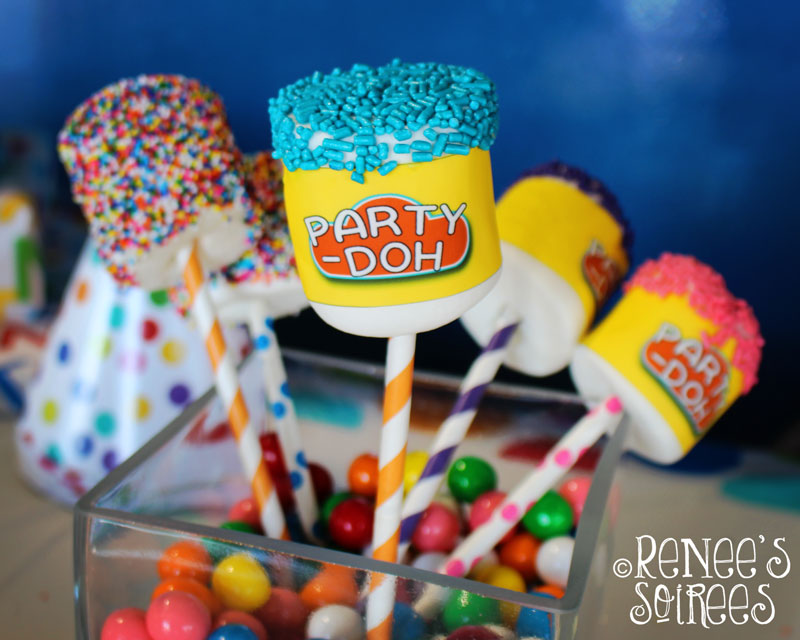 Here is the banner. The party was held at a mixed martial arts gym, which is owned by one of the dads, who is also a UFC fighter. The gym (called Fight Ready, located in Scottsdale, Arizona) is not usually a party location, but it worked out great because of all the padded mats on the floors. What more could you ask for when you have a group of 3-year-olds? And…. a cage for the naughty ones! (Kidding, but the cage or fight ring was fun for the kids to play in).

The hosts decided to go with cupcake wrappers instead of toppers, although you can use both at the same time, and both are included in the collection. 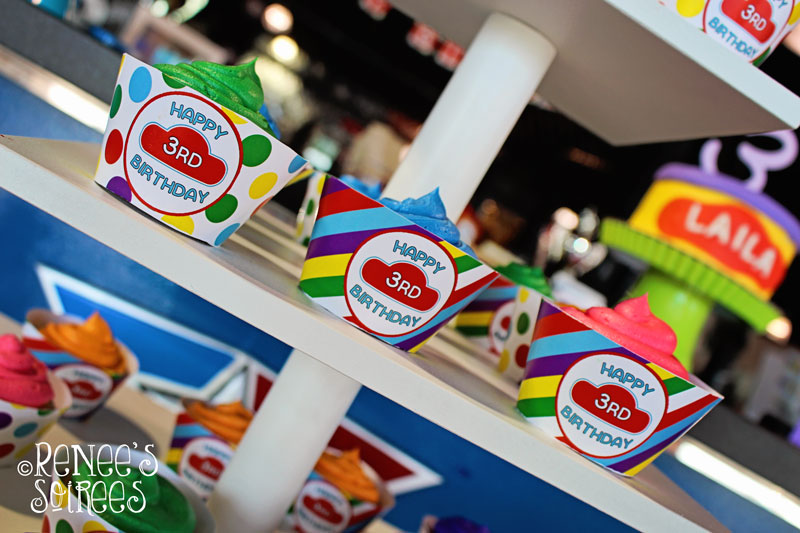 They also had a Play-Doh tub shaped fondant cake for each of the birthday kiddos. So cute! 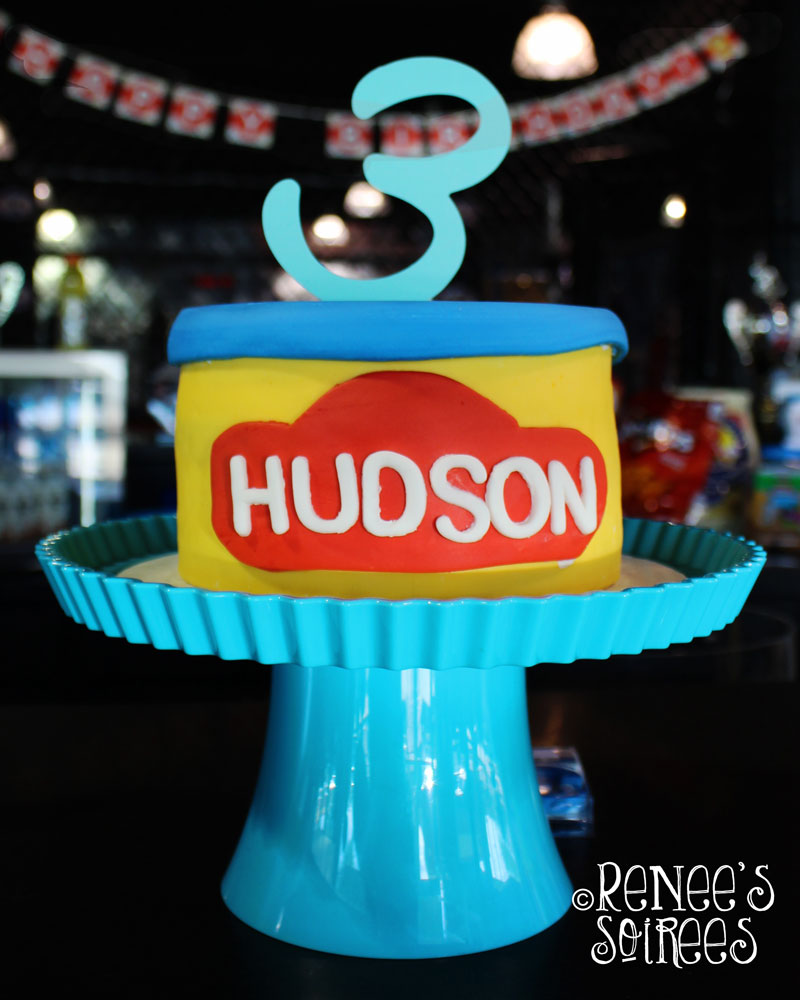 The hosts asked for a sign for the favors, so we came up with one that could be used as a regular sign, or could be wrapped around a bucket to make it look like a Play-Doh tub. 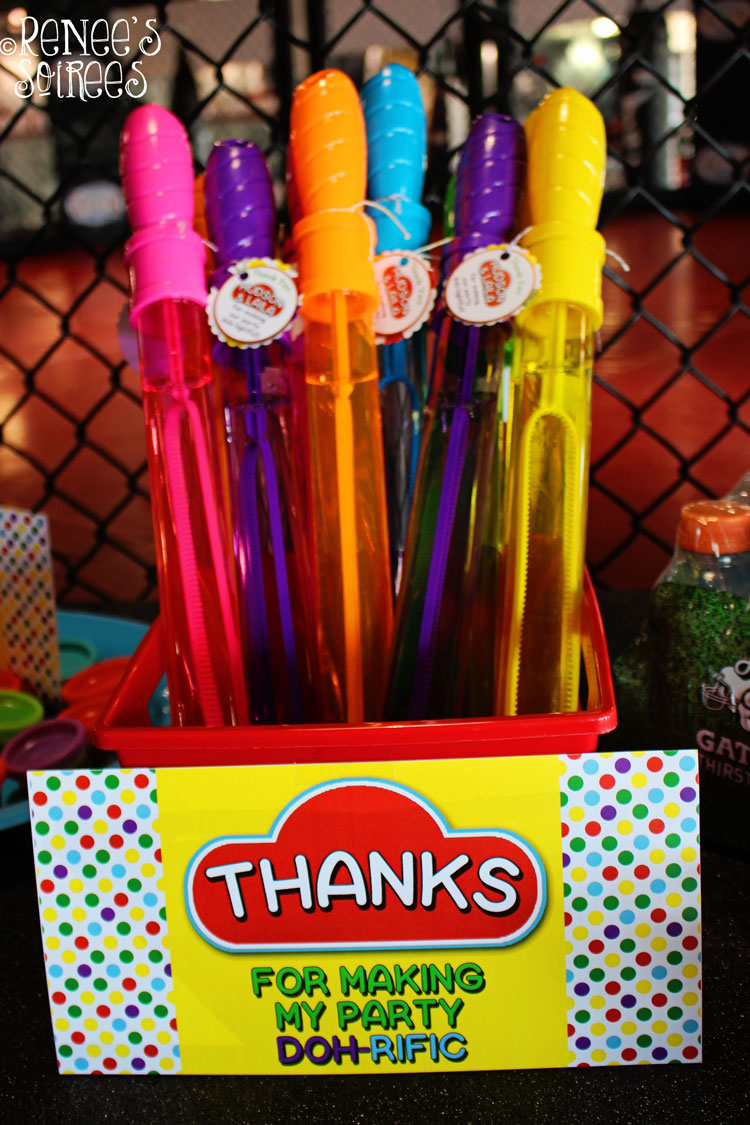 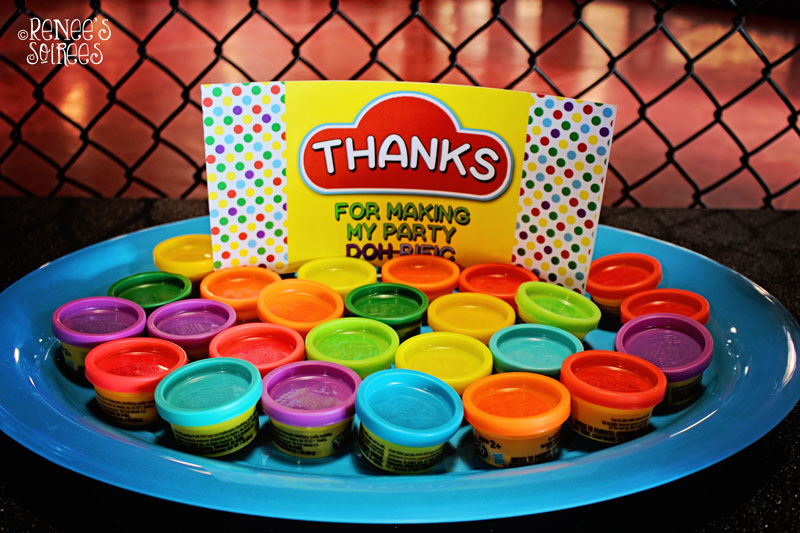 (Note that the collection includes 1 inch tags that can be put on the top of these favor-sized Play-Doh tubs.) 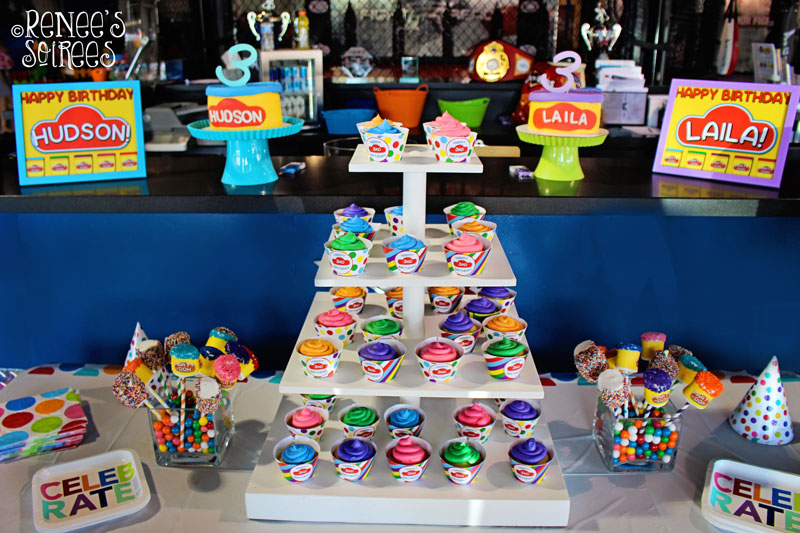 I thought it was such a great idea to have a Play-Doh table available for play time. Even the adults decided to play for a while. 🙂 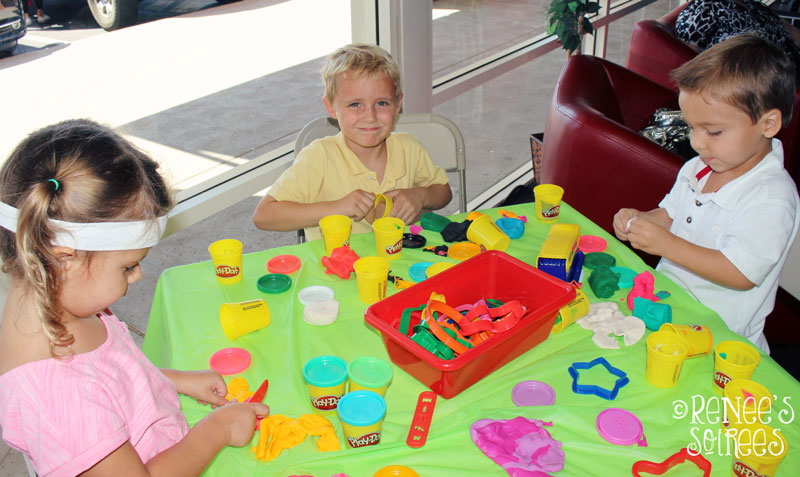 This is the full collection, available in my Etsy shop here: 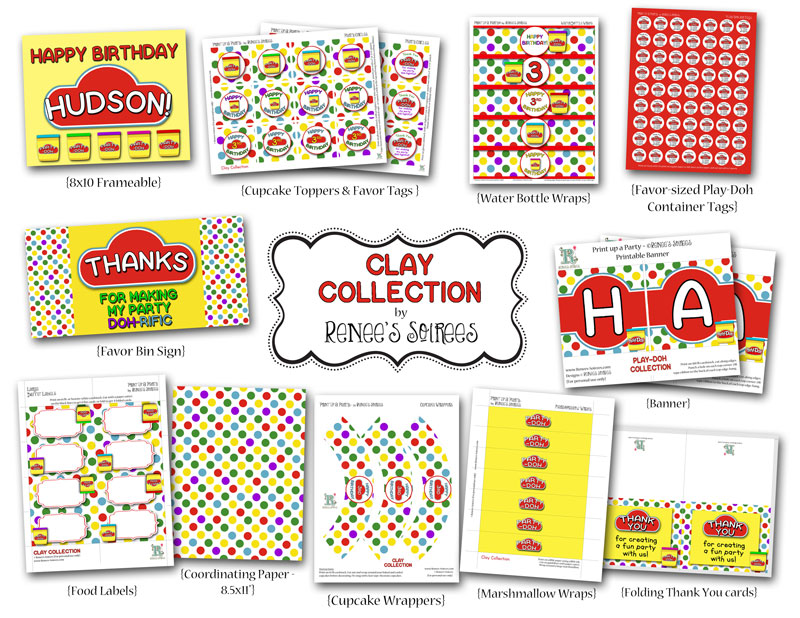 And here is the matching Play-Doh inspired invitation: 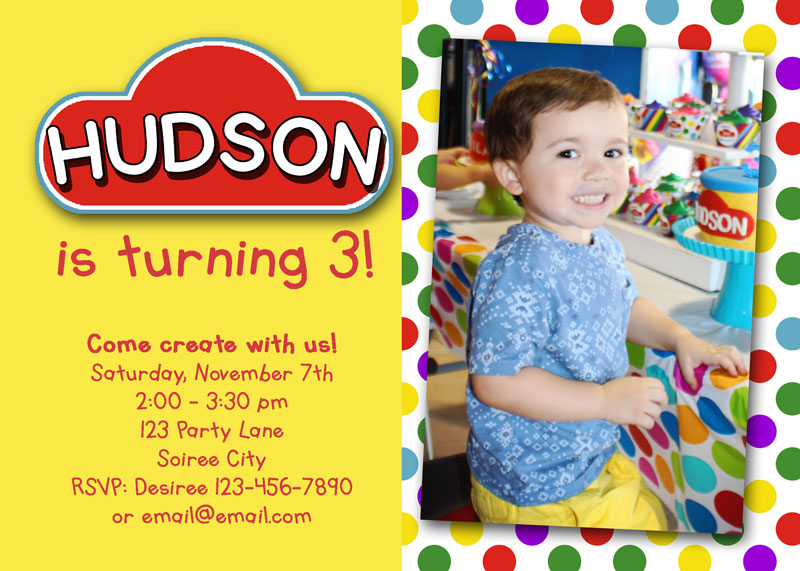 Thank you Desiree for allowing me to be a part of such a beautiful event! And HAPPY BIRTHDAY to two of the cutest little 3 year olds I know! 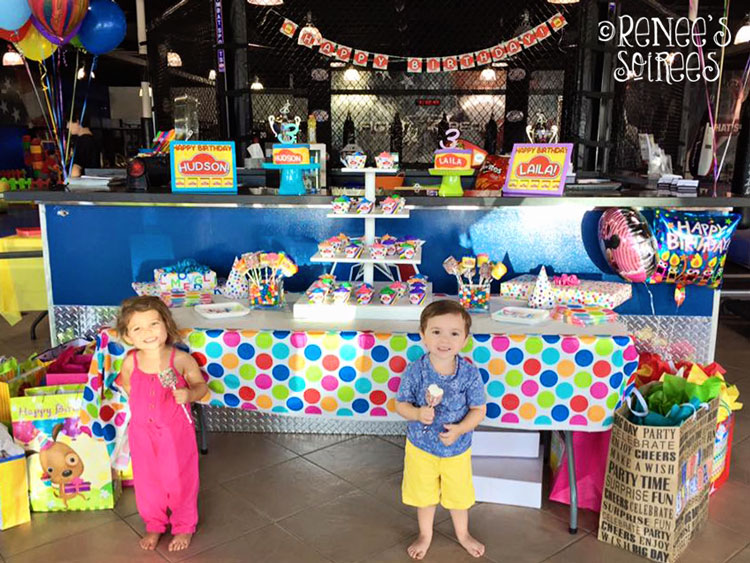