This Sunflower collection was inspired by my amazing mother, because she grew up in Kansas and has an August birthday, so whenever I see sunflowers, I think of her.

We held this party in the Fall, which was perfect timing because sunflowers were everywhere in the stores. But you could also stock up on end of season clearance items and hold the party whenever you’re in a floral mood.  🙂  I had been planning on using burlap for a while, because the natural feel of it just seemed suited for a party evoking nature themes.

This collection can be used for bridal showers, baby showers, birthdays, anniversaries or weddings.   In this case, it was used for my assistant’s sweet daughter Gianna, who was celebrating her 7th birthday. 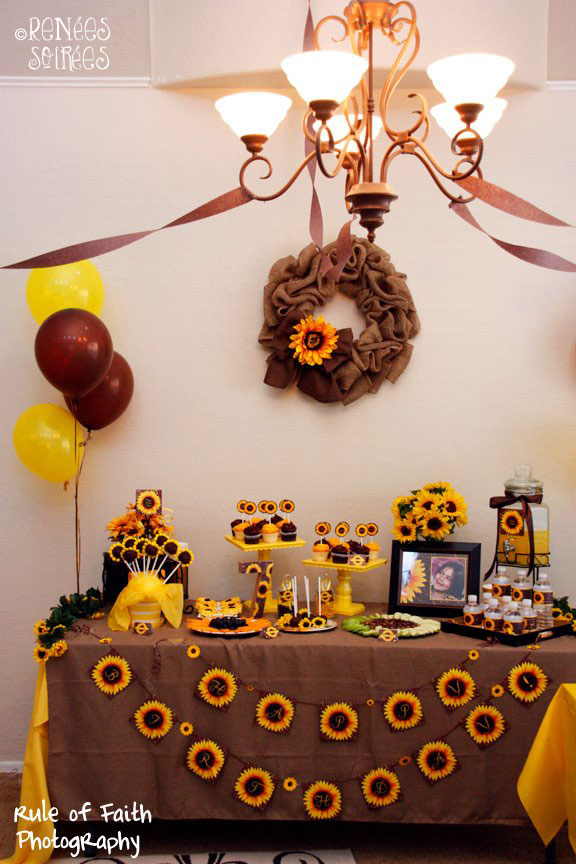 I used one of the 4″ medallions from my Sunflower collection on the wreath that we hung on the front door.

Several of the Sunflower items in action:

– Party Circles used as cupcake toppers,
– Drink Labels on the water bottles
– 4″ Medallion on the drink dispenser
– Food Labels on the apothecary jars and in front of the cupcakes
– 8×10″ Frameable in the picture frame, with a photo of the birthday girl added

We embellished the banner with some sunflower stickers from Martha Stewart. They matched perfectly!

This is another 4″ Medallion, attached to the silverware dispenser.

These Sunflower brownie pops were so fun!

This Caramel Apple Dessert Dip was amazing! And so easy to make! 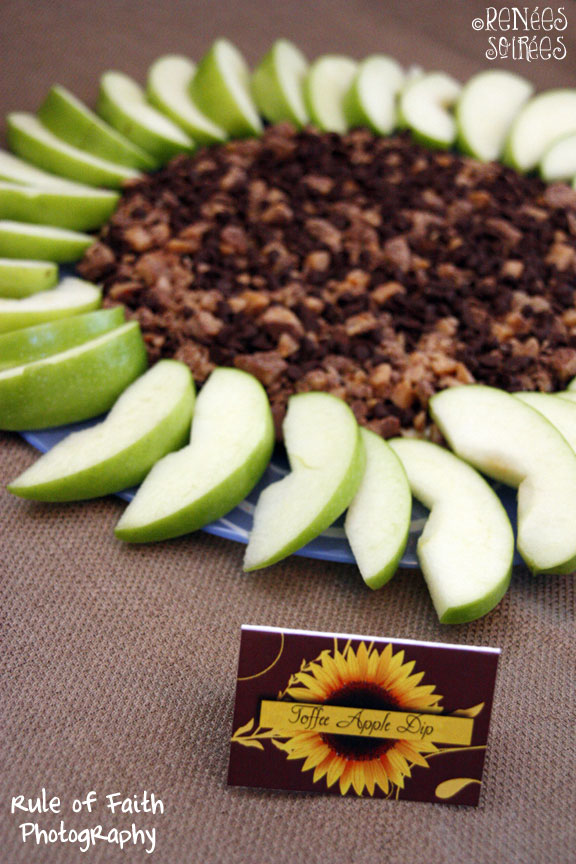 This fun cheese and grape plate continued the sunflower theme: 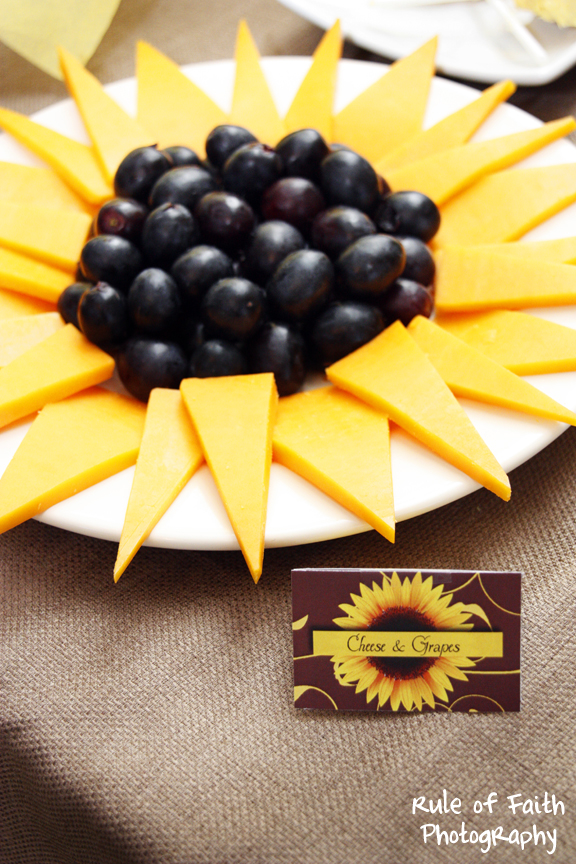 A few other fun table shots: 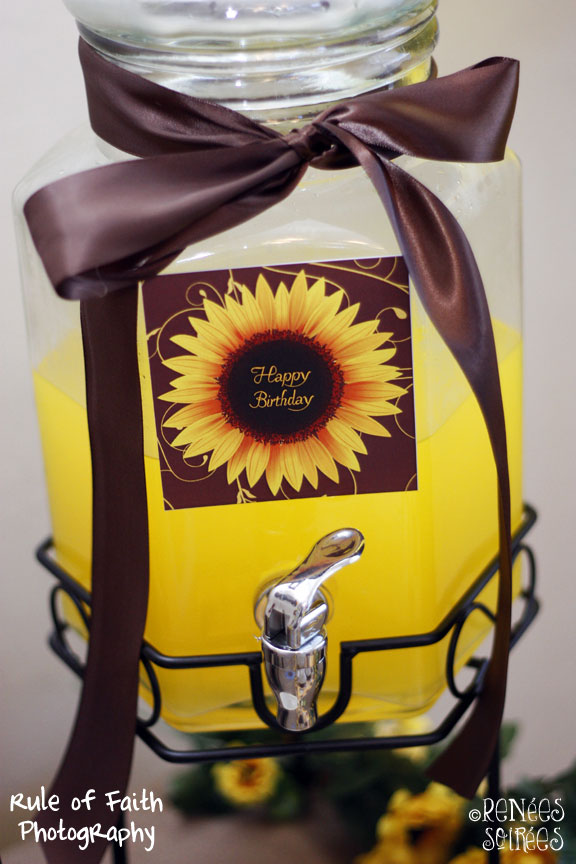 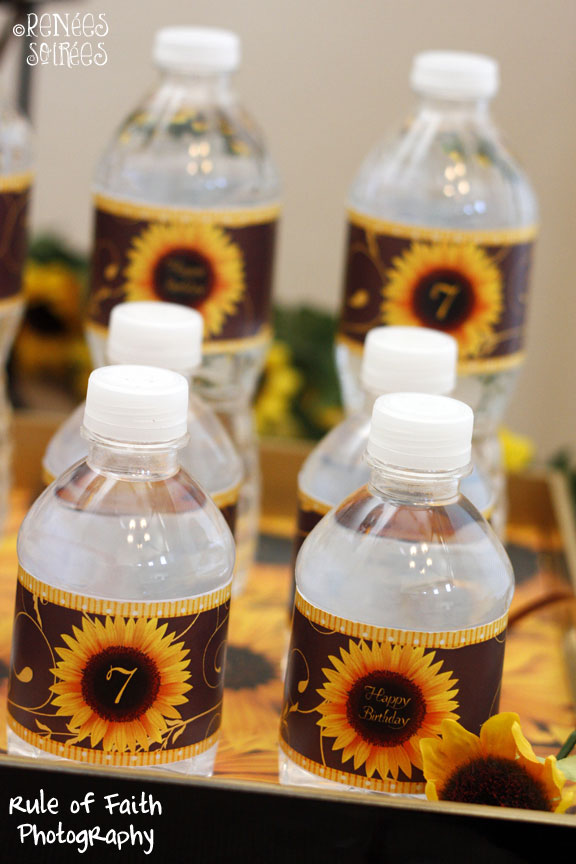 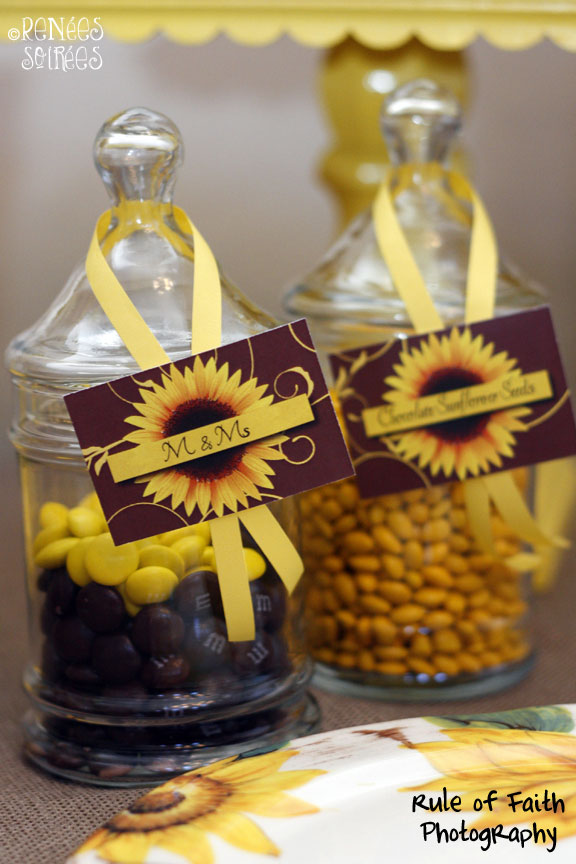 The favors were sunflower seeds (some to eat and some to plant) and a sunflower chocolate lollipop. 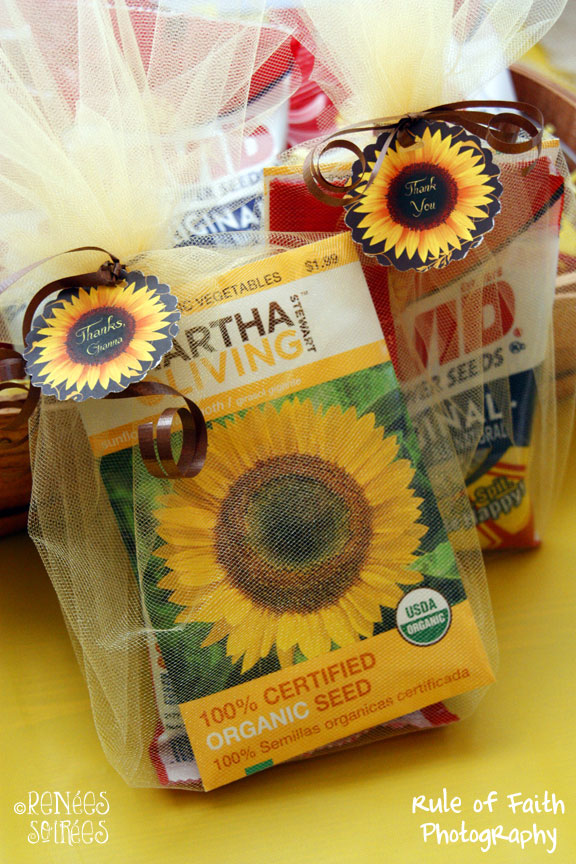 I used the cupcake toppers as a favor tag (attached to the tulle) and favor embellishment (stuck to the sunflower chocolate lollipop). They are so versatile!

Doesn’t the birthday girl look adorable? Her mom and I laughed about the fact that we met at Gianna’s 6th birthday party at Peter Piper Pizza last year. Who knew back then that she’d be having her next birthday at my house?!

I think the birthday girl was happy with the party, and so was I!

See more Sunflower party ideas on my Pinterest board! 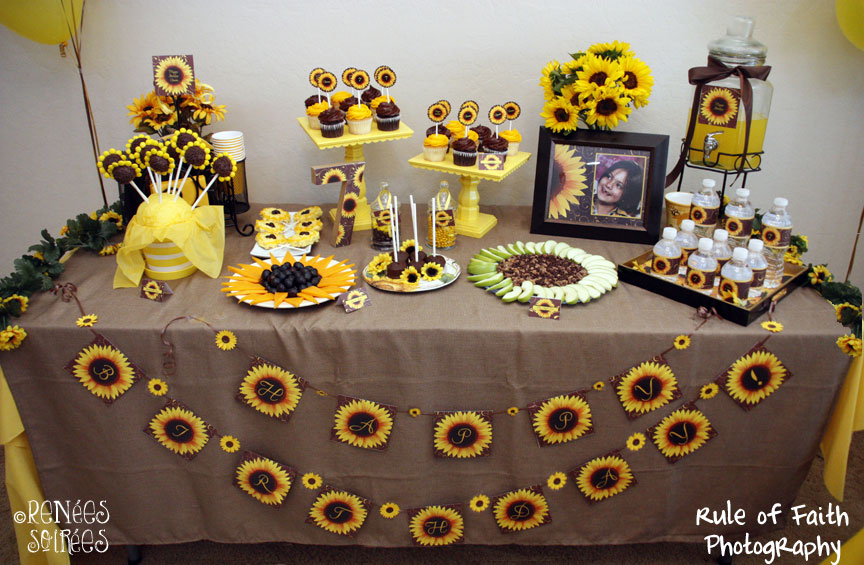 This party has been featured on:

Hostess With The Mostess